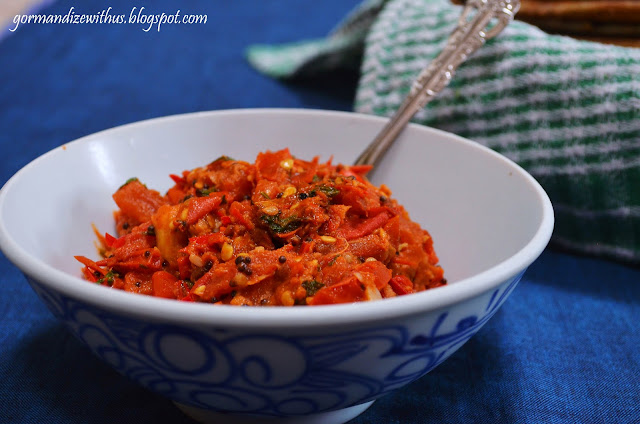 I know it's been a bit quiet here for the past couple of weeks but after such a mammoth posting month last month for VeganMofo I just had to take a bit of a break..... and that break accidentally stretched out to 2 weeks. Oops!

I'd like to take a moment to thank all the awesome readers who have taken the time to suggest countries for me to feature in my World Food Challenge - you guys are awesome! I know have enough countries on my list to last me until this time next year (wow! So much deliciousness coming your way). Don't let that stop you if you want to suggest a country though! Especially if it's a country you don't know anything about. Just pull out a map - you may find countries you've never even heard of. If you'd like to suggest a country to be featured just jump on over to the world food challenge post and tell me about it!

But that is enough of that - what about the featured country for this month? Well, I may not have been posting much over the last 2 weeks but I have been doing a lot of COOKING! Which is the most important thing, right? :) This month's featured country is Nepal, and even though I'm a bit late starting the posts this month, don't fear - there are still a lot of Nepalese delights coming your way!

Nepalese or Nepali cuisine is a fun and interesting one. It's got influences from both Indian and Chinese/Tibetan cuisines, has some interesting dishes which combine elements of both (very different) cuisines. That means there is lots of curry and rice - but also spicy noodles and even dumplings. I think you'll enjoy this month! 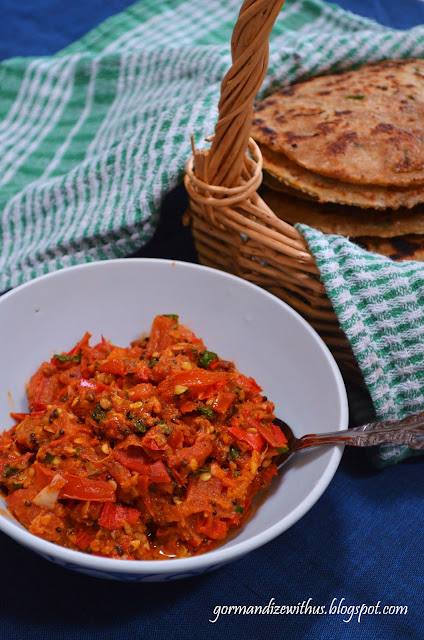 I'm starting out with an easy and simple dish though - Tomato Achar. "Achar" is usually translated as "pickle", although the various "achar" dishes are not actually pickles. They're closer to spicy sauces or chutneys, and there are a lot of different types. You can make achar out of just about anything - tomato, onion, chilli, ginger, mango, mint, greens, - so many things really. I've chosen to do a tomato one because it seems to be a really popular one. Having said that, like any ubiquitous ethnic dish there are dozens of different ways to can make it! A quick search on the internet will reveal to you heaps of different methods and different things you can add to it.

You can also add lemon juice if you want to make it tangy.
Serve with rotti, bread or dolloped on your curries. Also great spread on burgers and wraps.