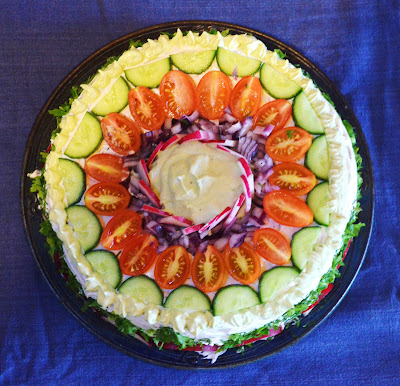 It has been a bit delayed this month but I'm finally posting my summary of all the delicious Swedish Food that I've featured this month. I love writing these summary posts at the end of the month - they remind me of all the good (and some bad) things I've learnt from exploring a culture whose cuisine I previously knew very little of. I didn't know much at all about Swedish Food, except for Swedish Meatballs and that they eat a lot of fish. So it has been a lot of learning going on for me in August!

It has generally all been very positive though, albeit very heavy foods! The creamy dishes loaded with carbs did sit a bit heavy in my stomach - but that is probably because I ate them all together! I'm sure that having one or two of these rich dishes a week wouldn't feel nearly so heavy. I'm also glad to report that everything that I tried this month worked very well! Usually every month I make about 8-10 dishes and inevitably at least one is a but of a dud, or sometimes my "ingenious" vegan modifications just don't work out that well. But Sweden is only the second month so far (the other was Bosnia Month) that I have posted every recipe which I made.

I started Sweden Month with a soup which was lovely for a chilly Sydney winter. This common Swedish soup is sometimes made vegetarian and sometimes made using ham or bacon to flavour. It is traditionally eaten for lunch and served with pancakes and whipped cream! I didn't have time to whip up pancakes for my lunch with this, but I hope to try the combination one day! Check out the recipe here.

This smörgåstårta was definitely the hit of the month - both with my readers and with my dinner guests! It's a Swedish sandwich cake, made with layers of bread filled with traditional sandwich ingredients and "frosted" with cream cheese and avocado before being adorned with colourful delicious fresh ingredients. It was so much fun to make and absolutely impressive to serve up to guests! Check out the recipe here.

Sweden was requested for me to feature on the blog by three separate readers, and amongst them it was specifically requested that I should post up some vegan Swedish meatballs. I did a lot of research at the recipes that were already out there and none of them seemed like they would be quite what I was looking for - so I devised my own. They were absolutely delicious, although I won't lie to you and tell you that it was just like eating actual meatballs. Delicious in their own right! Check out the recipe here.

Finding good vegan-appropriate recipes from Sweden was difficult. The food is heavy on meat (especially fish) and cream. So, in order to experiment with Swedish savoury dishes I have to do a bit of adapting. This Jansson's Temptation is the ultimate adaptation! The original dish is a creamy potato bake flavoured with sprats (a salty preserved fish similar to anchovies). I made this creamy and rich vegan version using capers instead to give the little bursts of tangy salty flavour. It turned out great and is going into my regular meal repertoire. Check out the recipe here.

One thing I certainly did plenty of when cooking Swedish dishes this month is baking bread! This cardamom braid was fantastic, I am definitely going to make it again. It's also a very easy, no-need-to-knead recipe, which makes it a good choice for first time bread makers. Check out the recipe here.

Rödkål was also requested to me by a reader, and I was happy to oblige! Rödkål is a delicious sweet and sour cabbage and apple dish which is quick and easy to prepare. I felt, however, that an accompaniment was in order so that I wasn't just sitting down to lunch to eat a bowl of cabbage! The juice garlic field (portobello) mushroom was the perfect partner and it made a great lunch! Check out the recipe here.

Chocolate balls, or chokladdbolls, are (according to the internet!) a common sweet from Sweden. When I first read about them I knew I definitely wanted to include them this month! However, then I read about Arraksbolls, balls flavoured with arrak, an aniseed flavoured spirit. I couldn't decide which ones to make! Then I realised I didn't have to decide - I just made Chokladdarraksbolls :) Chocolate balls flavoured with aniseed. Easy and delicious. Check out the recipe here.

One thing that my friend who had recently visited Sweden raved about was Semla. Cream buns filled with almond paste or lingonberry jam. So I knew that I had to give it a try - although my version is far from anything you are likely to find in Sweden, I imagine! Firstly, I substituted vegan cream of course, secondly, I don't actually like almond paste and I can't buy lingonberry jam anywhere near me! So I used chopped almonds and cranberry sauce instead. They were delicious, even if a little removed from the traditional dish! Check out the recipe here.

Last but definitely not least! This was my favourite of all the Swedish desserts, although it's a tough call! But I'm a sucker for a chocolately, rich, gooey cake! This cake is a bit like a big round brownie. The idea behind kladdkaka is that it is slightly undercooked, which makes the inside deliciously gooey whilst the edges are cooked and chewy. To me it is perfection on a plate and I couldn't recommend it more! Check out the recipe here.


So, that's all of them! Tell me, what did you think of Sweden Month? Which dish do you think looks the best?

Next month I'm glad to announce that I'll be heading back to the middle east and featuring dishes from the wonderful cuisine of Afghanistan! I'm really excited about this one, I can't wait to try their dishes and share them with you as I go! Normally I try to be a bit organised and have something already cooked and photographed so that I can give you a sneak peak, but I haven't managed that this time. So - here is a hint at what you're going to be seeing a lot of this month! 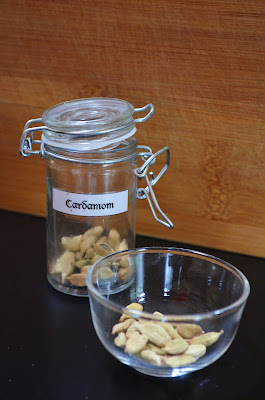 Email ThisBlogThis!Share to TwitterShare to FacebookShare to Pinterest
Labels: Swedish