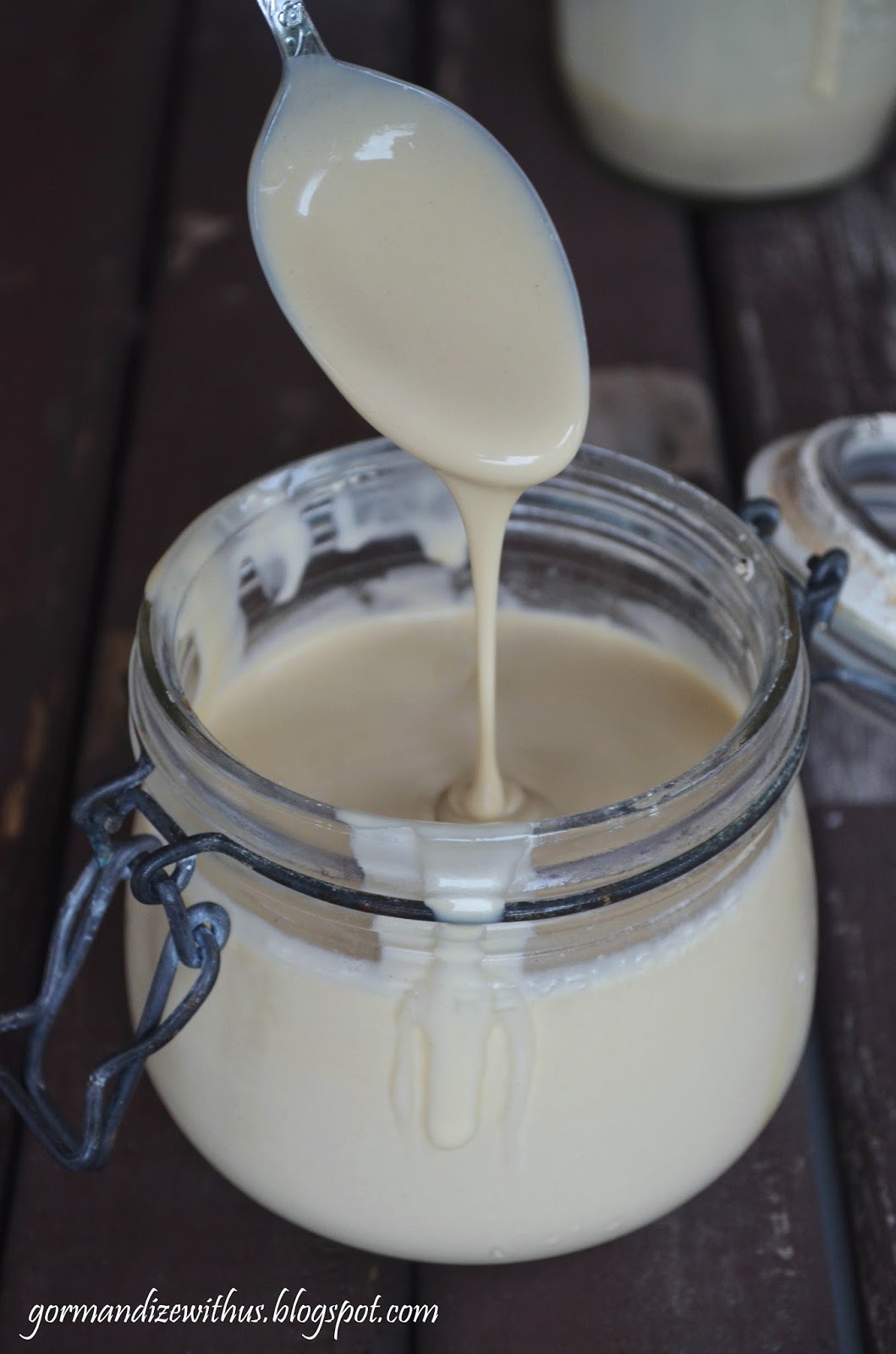 There are some things that you just give up on when you start cooking vegan. Condensed milk is one of them. There are no easily available ready made vegan condensed milks that I'm aware of, although I'm sure you can find such a thing on the internet. Honestly though, the lack of condensed milk in my life never bothered me, as generally I find it too sickly sweet and I'm always dubious of highly processed foods.

But when I started researching recipes for Costa Rican desserts, as part of this month's world food challenge, I found condensed milk cropping up a lot! So many of the desserts that I was finding called for condensed milk that I decided I'd better get my act together and make some. So, this recipe is not part of Costa Rica month, but if it wasn't for this challenge then I never would have made it! 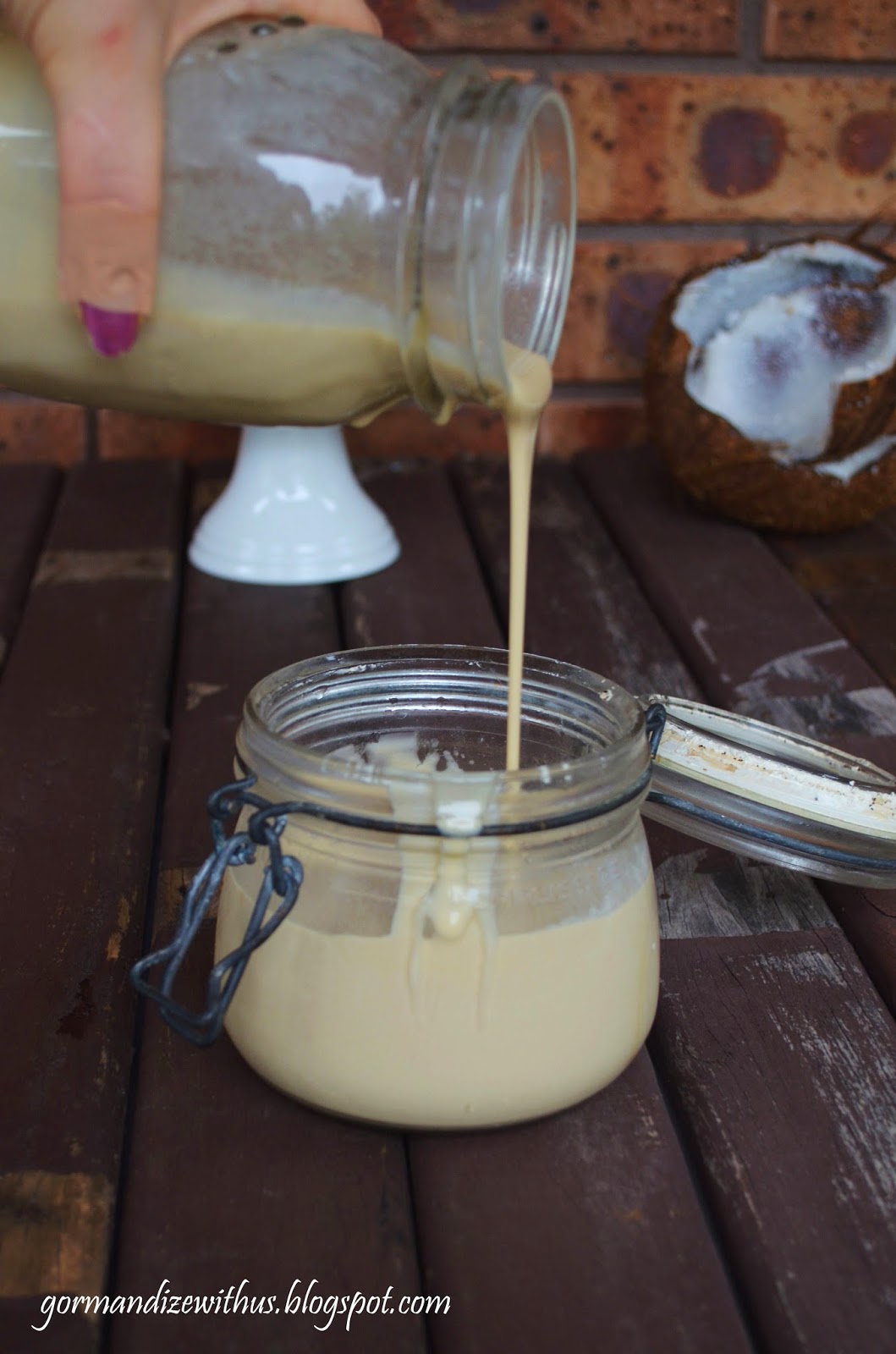 Making sweetened condensed milk is very easy. In this recipe I use coconut cream as the base and sweeten it with liquid palm sugar. It's delicious, but if you don't like coconut then I should warn you that it does taste coconut-y. In fact, if you're a vegan who doesn't like coconut then life must be tough! Because so many beautiful dairy substitutes are made from coconut - like coconut whipped cream and coconut butter, which is used to make fabulous easy vegan fudge. Not to mention the fact that coconut oil is great to use in things like vegan cheesecakes to make it set to the right consistency.

If you really can't stand coconut though, I'm sure you could experiment with using soy or another non dairy milk. The advantage of using coconut cream is that it's already slightly thick, so you have a bit of a head start. If you used a different kind of milk, you would probably have to cook it down for longer to make it as thick. I'm sure you could also substitute the sweetener if you wanted to, and use agave nectar or maple syrup. Again, this may affect the cooking time and I haven't done it so I can't advise you. 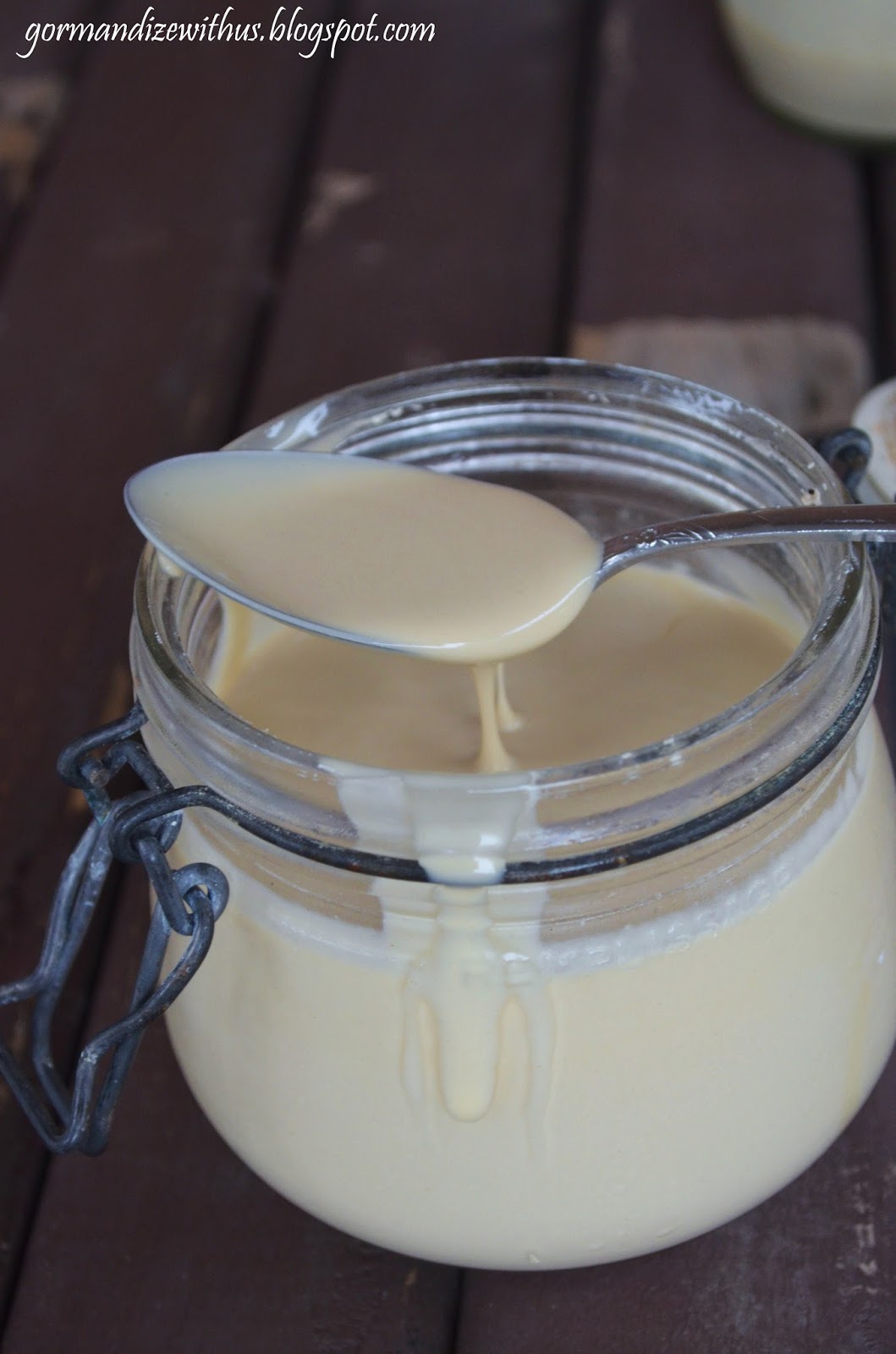 To Make
1. Shake the cans of coconut cream and then pour into a saucepan. I advise using one that is a bit bigger than you think you'll need, as this will make it harder for it to boil over.
2. Add the palm sugar and place saucepan over a medium heat to bring to the boil.
3. Once it is boiling, reduce the heat so that it is boiling/simmering gently. Don't cover with a lid, as you want the milk to evaporate away.
4. Simmer for about an hour, checking and stirring regularly to prevent it boiling over. Different brands of coconut cream have different amounts of water in them, so you may have to boil for longer to get it thick. The liquid should have reduced by about 1/3 by the time it's ready.
5. Allow to cool slightly and then pour into jars and store the the refrigerator until ready to use.

Makes 3-4 cups condensed milk.
Should keep in the fridge for up to 2 weeks. 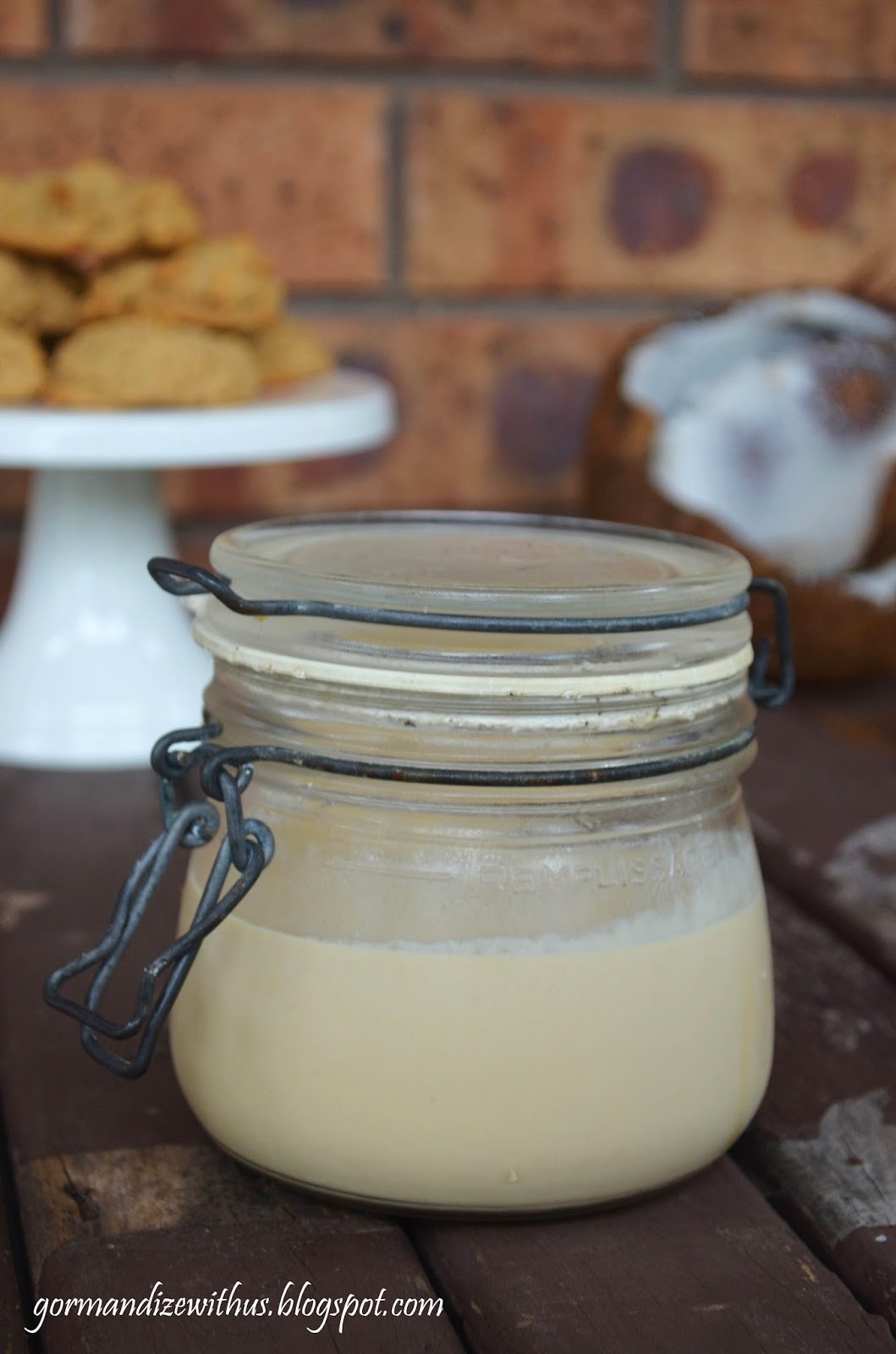 Now what to do with it? Keep your eyes on the blog this month for several Costa Rican desserts using this home made condensed milk! 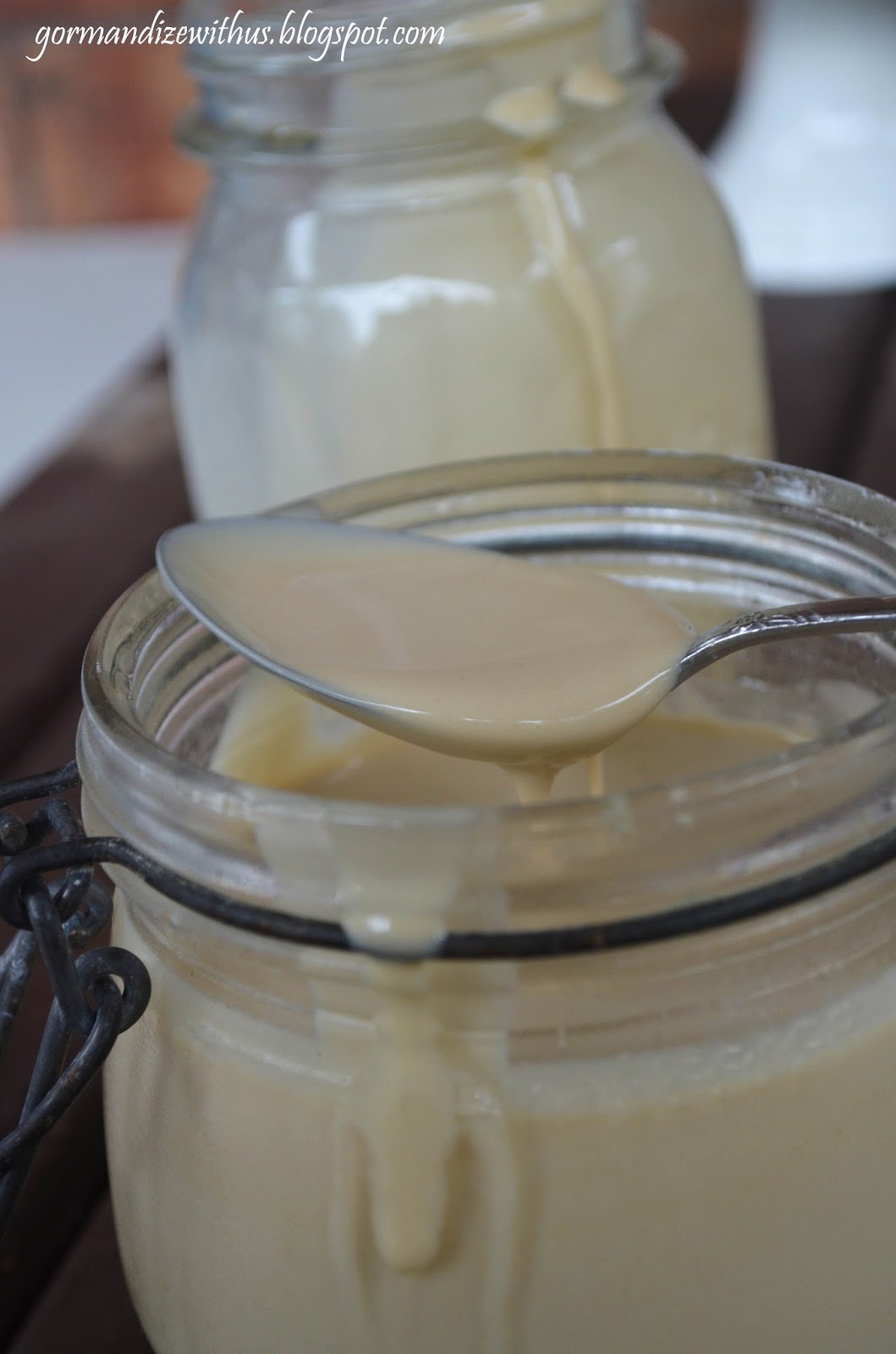 Email ThisBlogThis!Share to TwitterShare to FacebookShare to Pinterest
Labels: coconut