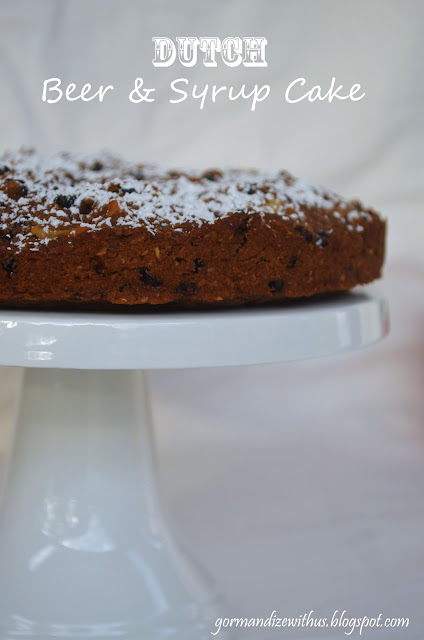 Another sweet treat from the orange land of The Netherlands! This one looks pretty innocent and plain. It looks just like a normal fruitcake. But it's more. It's so much more. It has quite a delicate texture, which is unusual for a fruitcake, and the flavours of the two main ingredients really contribute to a cake unlike any I've ever had before.

If you're thinking, 'I don't like beer that much', then don't let the beer put you off this cake. I'm not a big fan of drinking beer either. Yes, you can taste the beer in this cake, but it doesn't taste like drinking a beer! It simply adds a rich and hearty element to the cake - a slight bitterness to complement the sweet treacle. 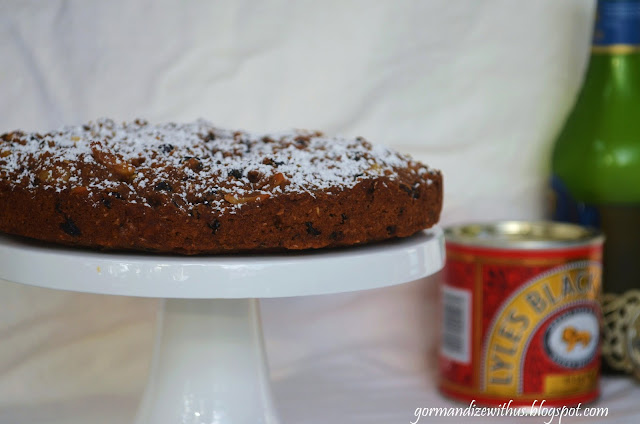 I made quite a small cake for this one - as I was only having a couple of people over to help me eat it. It was so nice that I probably wouldn't have minded a full sized one, it would have meant that I had lots of leftovers! But probably best that I didn't! It doesn't rise much and makes quite a flat and dense cake. This is perfect really, because you only need fairly small slices (each slice packs a flavour punch!). I made it to fit a small 20cm diameter cake tin. If you want a full sized cake then you'll probably want to make about three times the recipe. 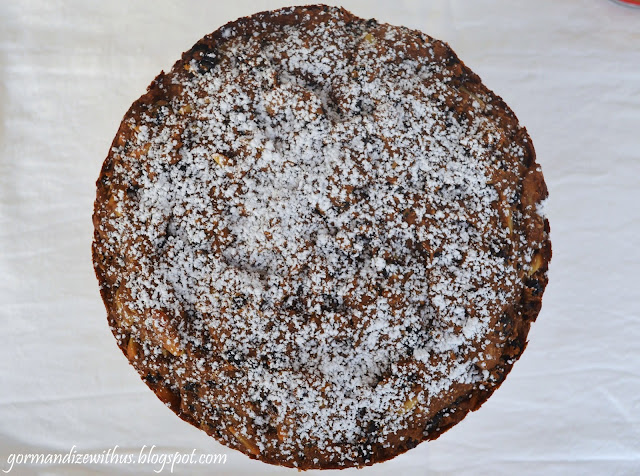 To Make
1. Preheat the oven to 180 degrees.
2. Combine the flour, baking powder, allspice and salt in a large bowl.
3. Place the treacle and Nuttelex in a small saucepan and melt over a low heat until completely melted. Remove from the heat and gradually mix in the beer.
4. Add the beer mixture to the flour gradually, stirring.
5. Stir the raisins, currants, walnuts and almonds through the batter until evenly distributed.
6. Grease and line a 20cm diameter cake tin and pour in the batter.
7. Bake for 40 minutes, or until a knife inserted into the centre comes out clean.
8. To serve, sprinkle with icing sugar.

Makes 1 x 20cm diameter cake. I recommend serving with a cup of tea! 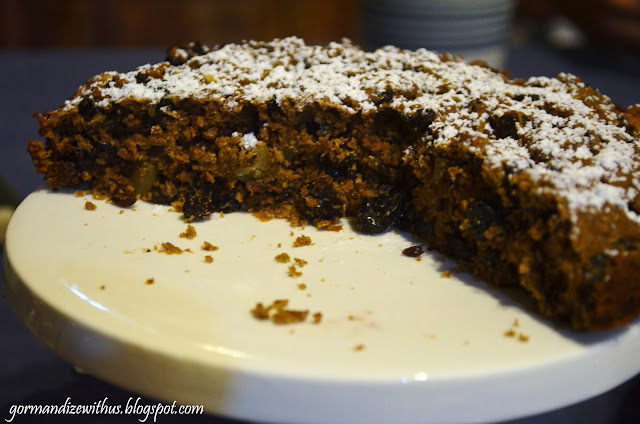