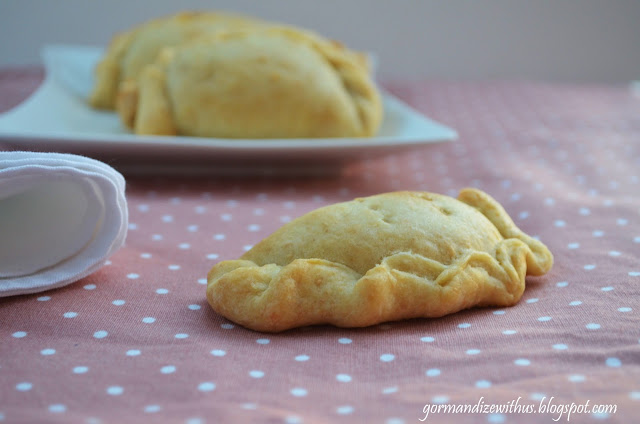 A foray into Argentinian food wouldn't be complete without some empanadas, they're iconic. They're also really versatile - you can make them with any filling you like. Traditional fillings include beef, cheese, corn, pumpkin, sweet potato or fruits like apple. I've made these ones with a creamy and delicious sweetcorn filling. 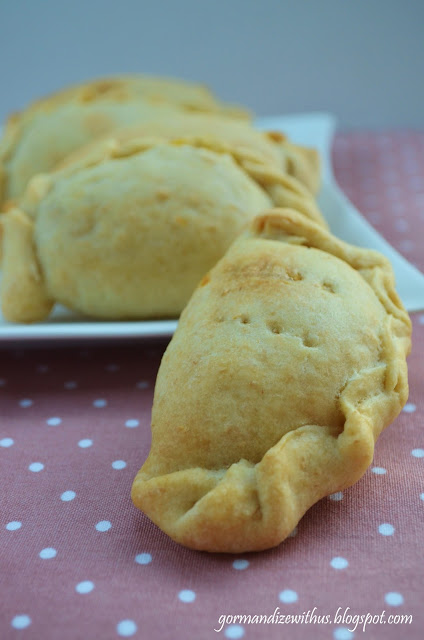 In all honesty, I found these a little challenging and it took me a couple of tries to get it right. I generally prefer wholemeal so I made my first batch with all wholemeal flour but it made the dough less pliable and I couldn't do a very neat 'repulgue' on the edges. So the next batch I used a combination of white and wholemeal flour and they turned out much better.

I also struggled with the fact that none of the recipes in my cookbooks or on the internet for empanadas told me to poke holes in the top of the empanadas to let the steam out while they cooked. So I didn't - for my first two batches. The result was that they puffed up a lot and many of them burst open while they were cooking. So I poked holes in my second batch and they worked much better - none of them burst open and they didn't puff up so much. If anybody knows the secret to not poking holes in them and still getting them to work then please let me know! 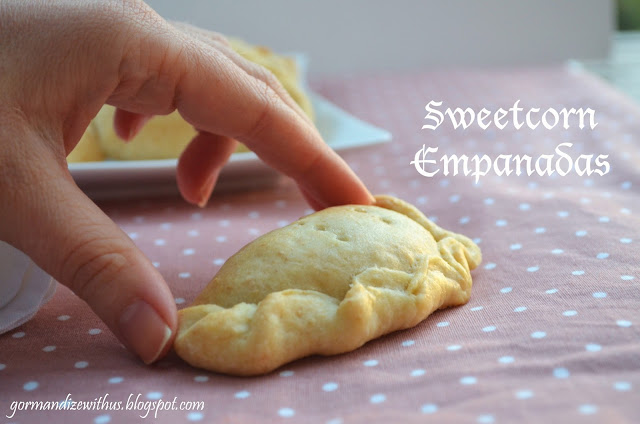 To Make
1. Make the empanada dough and put it in the fridge while you make the filling. You'll also want to preheat your oven to 180 degrees C.
2. Melt the margarine in a small saucepan and then add the flour. Stir continuously while it heats through and starts to cook a little, about 1-2 minutes.
3. Gradually add the milk while stirring vigorously until you have added it all. You should have a thick sauce now.
4. Remove from the stove and then add the creamed corn, corn kernels, nutmeg, salt and pepper. Mix well.
5. Roll the dough out on a floured bench top quite thin. Use a cutter or a bowl with a diameter of 12-13cm to cut out circles in the dough. 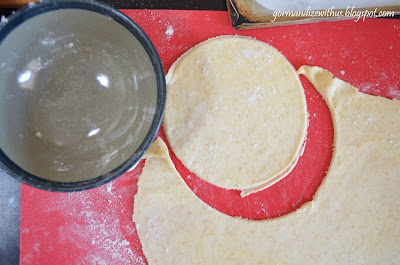 6. Place about a dessert spoon of the filling in the centre of the circle. Dampen the edges with water and press them together. You can just use a fork to press the edges together or you can try the traditional repulgue edging - there is a video on Global Table Adventure. 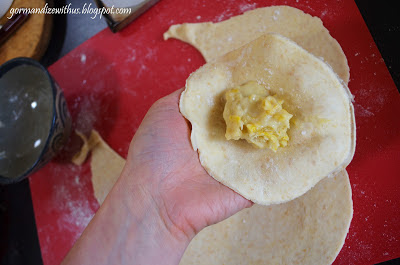 7. Continue with remaining dough and filling - you may have some filling left over (you can use these in some store bought puff pastry to made little triangles or money bags).
8. Arrange on a tray and use a fork to poke some holes in the top. Brush with milk and bake for about 15 minutes, or until golden brown on top. 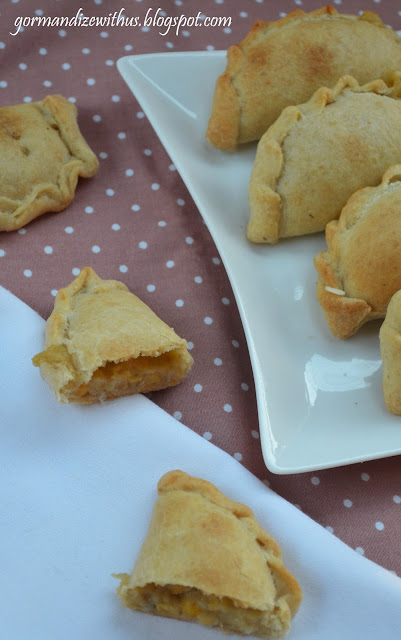